In an exclusive five-part series Jimmy Thomson examines spectacular growth of short-stay letting in our cities’ most popular areas and the affect that has on rents, house prices and, especially, the sense of ‘home’ for people who live in apartments.

Part one – Opportunity or threat?

As a relatively new NSW Liberal cabinet settles in, three Ministers in particular have to tackle one burning question: what to do about Airbnb and its fellow travellers in the booming short-stay letting industry.

It will be little consolation to them to know that their Labor Government counterparts in Victoria have been given a very similar task, following the rejection last year of their proposed laws relating to holiday lets in apartment blocks.

In this  series we examine who is for and who is against short-stay letting, why that’s the case and what’s at stake for owners, renters, hosts, guests and politicians themselves.

And we put the spotlight firmly on apartments because even those MPs who think they shouldn’t be treated any differently from houses concede that the effects of holiday letting are felt more immediately and profoundly in apartment blocks.

So, is Airbnb the apartment gobbling monster many fear, or the funnel of foreign cash into ordinary Australians’ pockets that many, especially the online holiday letting industry, love?

Should we be allowed or even encouraged to let rooms in our homes, or even whole apartments, to strangers for a few days at a time, potentially making two or three times what we might get in residential rent?

Will online short-stay letting, bring untold wealth to ordinary Australians at no cost – or destroy the fledgling concept of high rise living before it has truly taken wing? What are the effects, if any, on residential rents and house and unit prices?

The Victorian government Bill tabled last year suggested that apartment owners (or permitted tenants) should have free rein to let their units online for as few nights and days at a time as they wished, albeit with increased options for owners’ corporations (bodies corporate) to penalise serial miscreants if they caused a problem.

In November last year the Bill was rejected by the Victorian Upper House and sent back to committee for report next month (March).

In Sydney a similar task has been handed to Planning Minister Anthony Roberts, Finance Minister Victor Dominello and, the new kid on the block, Innovation and Better Regulation Minister Matt Kean who has direct responsibility for Fair Trading which in turn looks after both residential rentals and strata.

Mr Roberts has been handed a more potently poisoned chalice in that he has to also tackle the issue of housing affordability.

They will have to start more or less from scratch with legislation, presumably based on proposals from a NSW inquiry last year that said any owners, including apartment residents, be allowed to let their entire homes for an as-yet unspecified number of nights a year – probably 60 to 100 –  with similar penalties for bad behaviour as would have been imposed in Victoria (its Bill had not yet been rejected).

For the record, spokespeople for Airbnb praised both the Victorian legislation and the NSW inquiry report, although what they welcomed as regulation of the sector is seen as  deregulation by many people who live in apartments.

At the heart of this debate lies one critical question – should the rights of someone who owns an apartment with neighbours above, below and to either side, be exactly the same as if it were a house in the middle of a quarter acre block?

Houses have their own positives and negatives when it comes to short-stay letting but everyone agrees apartments are different.

Fortunately for apartment residents, the three NSW ministers wrangling what will surely be known colloquially as the Airbnb Bill know as much about apartment living as any Australian politicians could be expected to.

As a former Minister of Fair Trading, Mr Roberts drove the rewriting of strata law and his eventual successor, Mr Dominello, fine-tuned and ushered it into existence.  Mr Kean is a long-time strata resident.

Right now, apartment owners in NSW can pass by-laws saying their building agrees to abide by and enforce local zoning restrictions – effectively banning short-stay letting in residential only buildings. Due to a quirk in strata and property laws down south, Victorian unit owners do not even enjoy this power.

The NSW proposal, based largely on a submission from City of Sydney Council, would remove zoning restrictions until hosts had surpassed a certain number of nights a year and allow resident to seek compensation for disruptive behaviour and damage.

In other words, apartment owners could no longer ban holiday lets and they would be expected to record and prove that their neighbours had exceeded their quota.  Since Airbnb is notoriously unhelpful in sharing data unless it absolutely has to, this could be virtually impossible to control.

That’s why disparate groups of apartment owners – many with very different world views – have come together to launch their own PR campaign to try to limit the damage they feel will be done to some of our best-run apartment buildings.

Because, they say, if the legal shackles are taken off holiday lets in residential buildings in Sydney – or not applied to apartment buildings in Melbourne –  it will be the well-managed blocks with expensively maintained facilities in the best locations that will, for the first time, hear the pitter-patter of different pairs of holidaymaker thongs every weekend.

Airbnb’s own figures show that the demand for chicken coop units outside the hot holiday zones is not so great.

By the way, Airbnb isn’t the only player in the field – the aggregator Hometogo.com claims to survey 250 online holiday letting agencies – but it’s by far the biggest. And, with a global worth of $50 billion, it’s also the most vocal and influential.

Ranged against it in Sydney is a coalition of the unwilling, calling itself ‘Our Strata Community, Our Choice’, centred around the Owners Corporation Network (OCN) – the independent group representing apartment owners in NSW and beyond. Then there’s Neighbors Not Strangers and its Victorian counterpart WeLiveHere.

They all have slightly different approaches but they agree on one thing – they are not against the sharing economy, they say, they ARE the sharing economy.  They share bills, responsibilities, facilities and (if they are lucky) a sense of community.

Their problem is the people who want to un-share this by renting out their flats as if they were stand-alone homes, while exploiting all the extras that everyone else pays for.

“I think the basic point is it’s unfair to ask the Owners Corporations to police such matters,” says Catherine Lezer, a passionate believer in apartment living who is a director of Strata Community Australia (the strata managers umbrella body) and was a candidate on Clover Moore’s ticket for last year’s City of Sydney election.

“The strata committees … would need to police it, take photos, note dates, keep financial records, issue warnings and start actions in NCAT.  This is unreasonable to expect of volunteers with no training.”

One of her main concerns is that no consideration has been given to the sense of community that owners and tenants develop in the best-managed buildings.

“It is one of the joys of strata living; some buildings do this well, some do not.  But by forcing neighbours to spy on neighbours, the state government would be creating the environment for a breakdown of the sense of “community” within strata blocks.”

The political battle over short-stay letting in NSW will kick off in earnest around April  but the PR battle is already well underway.  The prize is the apartment blocks of Sydney and Melbourne – the jewels in any city’s holiday letting crown.

I put it to an Airbnb spokesman recently that resistance to their spread in apartment buildings would evaporate if they supported the idea that it was OK to restrict holiday letting in buildings where 75 percent of apartment owners passed a by-law to that effect.

“We support the right of people to do what they want with their own homes,” he told me. He is not alone in that view and that, right there, is where the problem lies.

Next: Part 2 – Free money and castles in the air 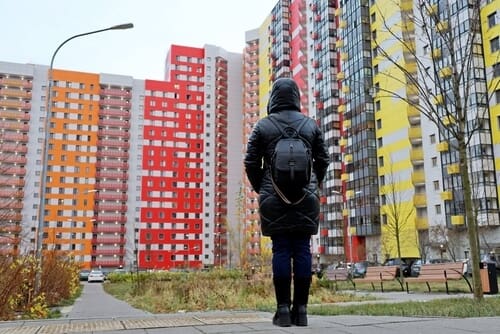 How to find the perfect apartment to rent or buy

With record-high rental vacancy rates across much of Australia, tenants are suddenly able to choose how and where they live more freely than ever. But, despite all that, renters are… 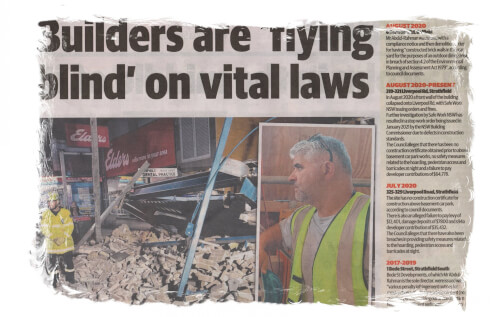 Podcast: States’ split is rental as anything

This week, having survived a computer crisis on the home office front, we delve deeper into the differences between the way renters are treated in Victoria and NSW. In the…

I have just read an article in the Age which in which the Tenants Union of Victoria supported the “right” of tenants to rent out their entire apartment on airbnb.…