We fielded a curious question about parking that drew a very enlightening response, this week.

One of our Flatchatters can’t easily get to her garage because other residents – including committee members – insist on parking their cars on common property.

Normally, she could ask that the culprits be sent Notices To Comply, but the building’s committee members refuse to do the right thing – either by parking in their garages rather than outside, or (naturally) by sending themselves breach notices.

Now this is a typically arrogant attitude from rusted-on committee members with their ‘like it or lump it’ attitudes.

But then another Flatchatter found a case where a resident was having touble accessing her parking spot because of badly parked vehicles and she too got the “tough cheese” response.

So she took them to NCAT who ordered the committee to repaint the parking spots and make sure people parked in them,  although they declined to award a payment of several thousand dollars for damage done to her car while trying to squeeze past her thoughtless neighbours, ruling that was due to her “negligence” [this has been corrected from the original report].

In any case, we are advising our correspondent to show her neighbours the case and ask them if they feel lucky.

You can read the whole saga, and a very satisfactory outcome HERE where you’ll find a link to the other case too.

There’s also an interesting  (but not very controversial) question about what you do when a strata manager’s contract is almost up. That’s HERE.

And there is an odd discussion about whether you can get the strata scheme to pay for legal action when one committee member has defamed and undermined another one.  Handbags!  That’s HERE

There are plenty of long-running discussions on the Forum this week too.  Don’t forget to “subscribe” to questions that interest you, so you get an alert when a new response comes in. 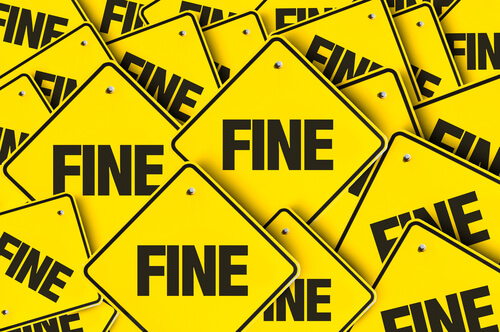