To some, he’s a knight in shining armour, a hero in a hi-viz. To others, he’s the devil incarnate. But wherever anyone might stand on the subject of rampaging NSW Building Commissioner David Chandler, cleaning up the mess of shoddy apartment constructions breaking buyers’ hearts and their bank balances, absolutely no one is indifferent, writes Sue Williams in Domain Magazine.

“I pray every day to God that someone won’t try to knock him off, or he won’t have a heart attack from the strain of all the work,” says one unit owner in a building he’s helping. While from the other side of The Great Defects Divide, a developer who’s crossed him says: “He’s ruining us and taking great delight in it.”

And as for the man himself, on the two-year anniversary of his recruitment to one of the toughest, and most controversial jobs, in Australia, he just smiles. He’s now preparing a fresh assault on developers he believes are abusing buyers’ trust and is giving apartment-owners a powerful new weapon to redress wrongs.

“But I really don’t want my time as Building Commissioner to be regarded as a period of fear,” he protests. “I’d rather be regarded as something of a mentor for developers to put better standards in place, rather than being seen as a beat cop.

“I hope some of those in the industry who haven’t been doing the right thing are seeing it as a bit of an epiphany and are now taking the lessons on board.”

For those who aren’t, however, he’s preparing to turn the screws. Instead of merely sounding off about everything from leaky membranes in bathrooms to sloppy structural engineering short-cuts, then posting photos of the worst on social media and shutting down sites until the faults are corrected, he’s now ready to go on the offensive by naming and shaming those responsible.

It’s an aggressive move that’s guaranteed to strike even more fear and loathing into the hearts of the backsliders, but Chandler doesn’t really care. Brought on board in 2019 by a NSW government reeling after a swathe of headline-grabbing apartment building fails, like sinking Mascot Towers, cracking Opal Tower and hundreds of others slathered in highly combustible cladding, he was eager to get in, fix it all up and start restoring shattered buyer confidence in buying units off the plan.

With apartments making up two-thirds of the new housing stock each year, the requirement for 30,000 new units each year to cope with a growing population, according to the NSW government’s Housing 2041 report, and apartment approvals dropping, a circuit breaker was desperately needed. With a 50-year career in construction, Chandler was lured away from imminent retirement, furnished with unprecedented powers, and set loose on a nervous industry.

“Initially, there were concerns in the industry about the prospects of him talking down the apartment market and the quality of the product that members were developing,” says Tom Forrest, chief executive of the developers’ lobby group Urban Taskforce. “But in retrospect, it was the experience we had to have in terms of restoring confidence.

“It might have been a small number of developers doing the wrong thing, seeking to cut costs and undermine the market, but it was having a big impact on buyers’ confidence.

So, by conducting audits of buildings before occupation certificates were issued and buyers moved in – and because people knew he was going to do that – that lifted the game of the whole industry. That’s done a lot to restore confidence in the apartment market, and that’s what drives off-the-plan sales.”

It still hasn’t been enough for Chandler, however. While it’s important to halt building in blocks where problems are emerging, what about those that are already occupied yet have serious issues cropping up within their six-year defect rectification period?

For them, he’s now embarked on a post-occupation certificate blitz on existing buildings. Better Regulation and Innovation Minister Kevin Anderson is right on board. “He said that when you can do stuff for owners, and the parties are still present and accountable, then we should have a look at that,” Chandler recounts. “And so that’s what we’re now turning our mind to.”

A recent survey conducted with strata manager association Strata Community Association NSW discovered that 36 per cent of new buildings in the state had some structural defects but that only 19 per cent of those were reported to the Office of Fair Trading. The remaining 81 per cent were hiding them, falsely protecting their property values, negotiating with developers themselves or engaging in expensive, long-drawn-out court battles.

Owners in one building Chandler is now looking at discovered defects in the first year after it was completed but now, five years on, have spent $600,000 on lawyers yet still haven’t had a day’s hearing in court … and the builder has since put himself into administration.

As a result, $10 million has now been invested into a new Office of Fair Trading program to fast-track defect rectifications, assisted by the Building Commissioner via his special powers under the landmark Residential Apartment Buildings (Compliance and Enforcement Powers) Act (RAB Act) instead.

“The message I’m really trying to get out to owners now is to say, ‘please, please, come to us at Fair Trading’,” Chandler says. “We’ve spent the past 18 months trying to build new capabilities and we’re now enabled with these extraordinary new powers under the RAB Act and can actually pressure some outcomes. We can make the people who built the buildings accountable, and there are penalties for not complying with my orders.”

Developer Toplace of Skyview Apartments in Castle Hill, for instance, has agreed to be liable for any defects appearing in its towers for the next 20 years, and paid $11 million in security insurance bonds to back that. Builders Icon Co has been directed to fix new problems at Opal Tower.

And recently developers Eunomia of Alexandria complex Teracota appealed against the Building Commissioner’s orders at the Land and Environment Court. “And I’m pleased to report that they’re now back in the building, fixing the bathrooms,” he says.

Understandably perhaps, those developers who’ve fallen foul of Chandler are rarely prepared to speak publicly about him.

“But I think David’s work is hugely important. He’s done a good job of bringing the stakeholders together and realising they had to work together to get better outcomes. We needed to improve confidence to ensure more housing is built because the big issue is that there’s not enough supply.”

At the peak body of apartment-owners, the Owners Corporation Network (OCN), executive officer Karen Stiles says nipping these problems in the bud is vital. It will be far cheaper than the enormous cost of building defects to purchasers personally as well as to taxpayers in the form of an overburdened court system and home owners’ warranty payouts that near $200 million over premiums year on year.

“It’s been an incredible two-year journey and after nearly 20 years of shouting into the abyss about the shocking state of apartment defects, OCN has been swept up in a reform journey the breadth and pace of which no one could have imagined,” she says.

“Through that wild journey, I’ve witnessed the battlelines blur as even the most entrenched industry voices recognised the need for change and, as time went on, actually started to embrace it. Industry, consumers and the community at large are all winners.”

As a result of Chandler cracking down, a trail of certifiers have lost their accreditation, banks are checking certifiers’ track records before they agree to loans to developers for projects, and a number of developers have now even quit the residential space completely.

And good riddance, says Chris Abouhamad, director of developers Eastern Pacific. He’s one of a new breed who’s welcoming the commissioner and even invited him to come and look at one of their buildings.

“My heart was in my throat when I did it,” he said. “But we’re passionate about our developments, and if we’re doing anything wrong, we want to know about it as early as possible and I think David wants the industry to embrace him like that.

“We’ve been relieved that he is weeding out the lower quality and less qualified builders who are causing problems. No one should be compromising the quality and care of home-buyers.” 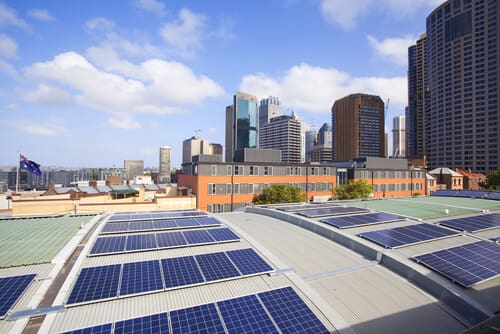 Coalition vows to make it easier to vote solar

Just when we thought the government didn’t care about strata they come up with a pre-election announcement designed to raise the high-rise feelgood factor. According to this story in the… 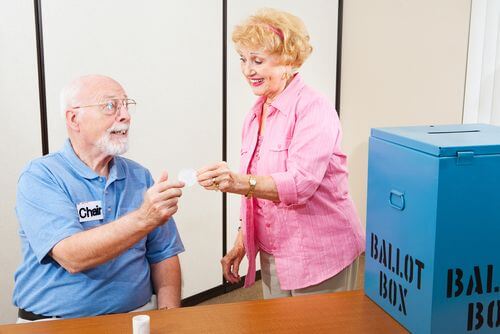 Tenants in, strata ‘presidents’ out, in vote shake-up

This first appeared in the Domain section of the SMH on July 25, 2015 In the raft of more than 90 proposed changes to NSW strata law released a couple…