Is everybody in full party mode for Christmas and New Year? Planning to watch fireworks from your balcony?

Allow me to introduce some curmudgeonly caution to your festive frolics.  How many people do you think you can fit on your balcony before it gives way?

Also, given that the only apartment block cladding fires in Australia were started by smokers, what precautions are you taking to make sure your guests don’t cause the next conflagration.

Welcome to Humbug Central where we view every party as a potential disaster, all balcony barbecues as ticking time-bombs and throbbing bass-lines of doof-doof dance music as the very vibration frequency required to crumble your concrete slab.

I’m joking, of course.  The chances are low to negligible that your balcony will detach itself from the side of your building, meaning your guests will literally drop in on your neighbours partying on the terrace below.

In most modern apartments, the balcony is just a section of the whole slab on your floor.  The balcony collapses we have seen here in Australia have tended to be timber constructions attached to houses.

On the other hand, if you have one of those balcony conversions attached to the side of an old unit block, you might want to check with the installers what the maximum load would be. And that would be the maximum load of people jumping up and down a precisely the same time to music.

Strata committees in former hotels with clip-on balconies added as part of their conversion to apartments might make a similar call. Anyone who’s been allowed back into the Opal and Mascot Towers might want to get themselves invited to parties in other blocks.

But seriously, there are a few precautions you could take, without being a total party pooper.

Strongly discourage your guests from leaning over your balcony with drinks, cigarettes or even cameras in their hands – especially if there’s a party going on below.  A friend of ours dropped a snazzy Canon SLR camera off our 15th floor balcony one New Year’s Eve.  It was only found a couple of months later when the resident below had their garden turned over and discovered the camera buried 15 cm under the top soil.

It would have surely killed anyone who’d been under it, but the camera was still working and only suffered a cracked UV filter.

The other great danger is the flicked cigarette butt.  Some people just can’t resist watching the glow of their cancer stick as it flies through the air, heading for the ground, the street, someone else’s balcony or wherever the wind may take it.

This is dickhead behaviour of the worst kind and certainly merits a polite note pasted on the wall behind your WC (where at least the men will read it).

Something like: “Please don’t lean over the balcony holding a drink, cigarette, phone or camera as there may be people below.  And please don’t flick your cigarette ends off the balcony: it’s stupid, dangerous and thoughtless. Australia is a tinderbox.  Did we mention stupid?”

As for barbecues on balconies, as this column has frequently said, they are about the most antisocial thing you can have in an apartment block, along with wind chimes and bird feeders.

But if you insist on burning your own meat, and your building has flammable cladding on it, maybe invest in a small fire extinguisher.

You really don’t want to be just another turkey who got roasted this Christmas. 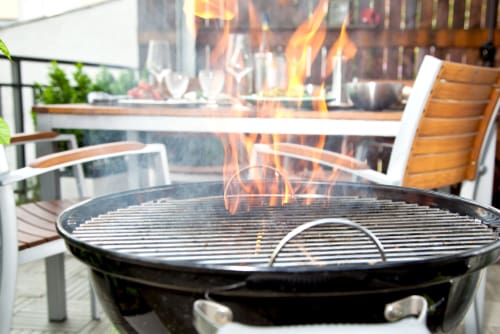 I think the trendy word for it is “triggering”: a word that will instantly have a normally calm and placid person frothing at the mouth and chewing the carpet. For… 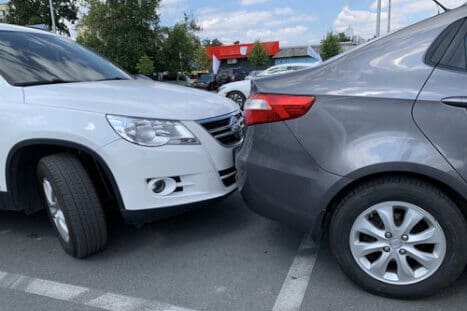 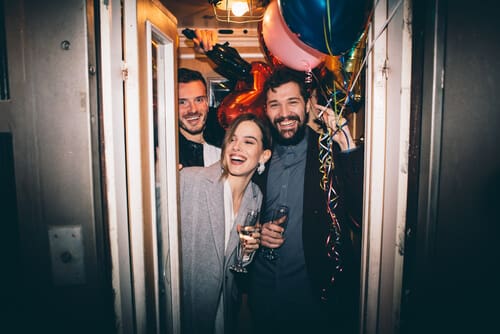 It’s party time: How to go wild but not feral

It’s safe to say that our New Year’s Eve parties will be different this year.  For a start, it will be just over two weeks since social gathering restrictions in…