As predicted on this website months ago, Building Commissioner David Chandler has resigned, just weeks after announcing that he had extended his contract for another year beyond its agreed end in September.

It gives us little pleasure in saying this, but back in March, we suggested in this post then later on our podcast that he was heading for a similar fate as was suffered two decades ago by then Police Commissioner Peter Ryan.

Peter Ryan was hugely popular in his early days in charge of the NSW Police Force and one poll even showed he was by far the most popular public figure in NSW. And that’s pretty much when politicians and the media turned against him.

David Chandler, in his short tenure, has made greater improvements in the NSW apartment industry’s building standards that the entire konga line of recent Fair Trading ministers combined.

The first signs that we noted which suggested Mr Chandler knew that he was becoming more popular that his political masters – a dangerous situation for any public servant – was his increasing reluctance to take personal credit for some of his obvious successes in cleaning up the building industry, preferring to give well-deserved praise to his team.

Then last month, the Australian newspaper ran a story that Commissioner Chandler was being “investigated” by Fair Trading over a leaked video of him telling builders he had given banks an “informal list of certifiers” who were not to be trusted.

This, he said, had led to some finding they were “unemployable”.

That in turn led to accusations that he had misled parliament in October last year when, asked by Shooters, Fishers and Farmers MP Mark Banasiak about whether he had the power to “recommend a particular certifier”, Mr Chandler said that was not his role.

The accusation was nit-picking and preposterous. There is a huge difference between recommending one certifier and warning against the worst actors in the field. So, did his political bosses leap to his defence?

Absolutely not. In an unusually swift response from her department, rather than backing Mr Chandler, dismissing the spurious allegation and noting his achievements, recently appointed Small Business minister Eleni Petinos immediately announced an internal probe into the claims, thereby giving them credibility that they truly did not deserve.

And so, as predicted, the back-stabbing and white-anting had begun in earnest.

While all around them the defects in sub-standard buildings were being revealed and local councillors were facing charges of corruption in their dealings with developers, NSW Fair Trading chose to divert its attentions to the one person who was making a difference.

From that moment forward it was only a matter of time before the Commissioner fell on his sword rather that face the professional death by a thousand media cuts that Peter Ryan endured.

David Chandler’s biggest error was to be effective. Earlier this month the Sydney Morning Herald reported Commissioner Chandler saying that apartment buyers had switched to builders and developers who had earned gold star ratings on his new ratings platform.

The Independent Construction Industry Rating Tool (iCIRT) register was launched in May with about 20 companies rated as trustworthy.

Since then, Mr Chandler said, four families had told him they had pulled deposits from unrated builders and developers and taken their business to rated companies.

Fouad Deiri founder of Deicorp, the first developer to get the new iCIRT stars, told the Sydney Morning Herald that its rating had influenced prospective buyers.

“We’ve had buyers cancel contracts with other builders and sign a contract with us because they desperately want to have confidence in who they buy from,” he said.

This was exactly what the commissioner was hoping for, believing that informed choice would see market forces drive the worst developers out of business.

Not only that, he was hoping increased confidence in the industry would see the big insurers come back and cover building projects by the better developers, again adding to the consumer pressure to identify and weed out the worst performers.

Of course, that was likely to anger developers, especially small-scale operators, and irritate politicians who do not like to be upstaged by their employees.

Property development is a multi-layered world, like strata itself.  At the top you have some very good developers, constructing inventive, creative and high-quality projects … and charging top dollar for them.

At the bottom you have cabals of crooks and corrupt councillors and certifiers, throwing up cheap and cheerless “chicken coop” blocks that start falling down before they have even been finished.

Only the players on the top floors of the industry welcomed Commissioner Chandler’s influence.  As for the others, I recall one admirer saying, “I hope the developers don’t kill him”. That’s how high the stakes are.

As for irritating politicians, this has never been a barrier to David Chandler speaking his mind.

Even in 2019, while the NSW government was contemplating creating the role he is soon to leave, he was firing off salvos as the Fifth Estate online environmental newspaper’s building industry correspondent.

In an article in February 2019, he described a press conference on the Opal Tower fiasco by Planning and Housing Minister Anthony Roberts and Better Regulation (aka Fair Trading) Minister Matt Kean as “as a bit like a comedy tag team with a lot of platitudes and little policy substance.”

Five weeks later, Mr Roberts was shuffled off to Terrorism and Corrections (aka Prisons) and Mr Kean was given Environment – not then a major priority for the NSW Coalition.

Six months after that, Mr Chandler was appointed Building Commissioner amid howls of protest from the Murdoch Press. How could this vocal critic of the government be given such a crucial job, the Daily Telegraph asked.

It’s worth noting that last year Mr Roberts was reappointed Planning Minister and Mr Kean elevated to the powerful position of Treasurer in the post Gladys reshuffle when Premier Perrottet took the reins.

But they are both thick-skinned individuals so there’s no reason to think they would have urged Mr Chandler’s removal. But neither are they likely to be begging him to change his mind.

As for Ms Petinos, Fair Trading is merely an adjunct to her Small Business portfolio and announcing the investigation into Mr Chandler is one of the very sparse public statements she has made regarding strata in NSW.

David Chandler turned the blowtorch back on the bullies of the building industry and became a reluctant hero to those whose hopes and dreams – not to mention their savings – had been sucked into the quicksand of corruption and incompetence that was once the trademark of the NSW apartment industry.

He had to make a noise to make a difference. Of course, News Limited’s shadow falls over this, just as it did with Peter Ryan’s demise from being the most popular public servant in Australia to a bitter man hunted out of the country by a venomous media and vested interests.

David Chandler has said that it was his choice to leave as the role “needs a reset” and the Secretary of the Services Department has confirm that the internal investigation found no wrong had been done.

Let’s hope he is given the chance to make the reforms that he has initiated become permanent. But then he is a man who appreciates solid foundations.

Perhaps it’s best to leave the final comments to the man himself, from his farewell column for the Fifth Estate: “In a few years’ time, I hope we can all look back and say, did the industry really once perform that way?”

And there was one other line that rings as true now as it ever did: “It’s simply time for someone to step up and provide leadership at this critical time.”

You can hear David Chandler flesh out his vision for the NSW building industry in this chat with JimmyT and this conversation with Sue Williams.

And you’ll find all our posts that refer to him and his work by typing “Chandler” into the search window at the top of the page. 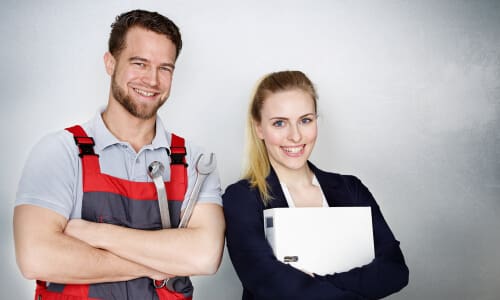 How to build a better building facilities manager

In these days of Trumpian hyperbole, you’d hesitate to brand anyone as the best or the worst in their field, unless they had a gold medal around their neck or… 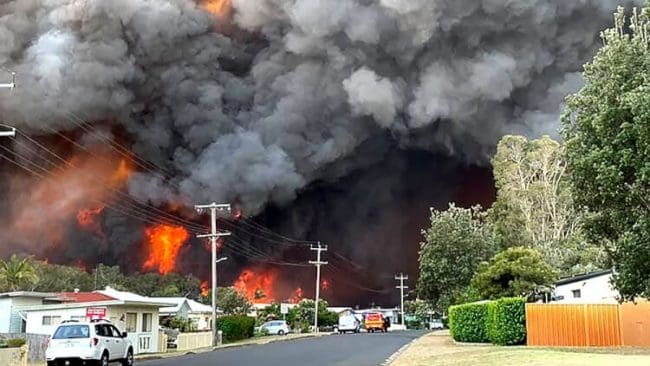 Unit blocks in bushfires – we are not immune

At the risk of appearing to jump on the bushfire bandwagon – it’s pretty hard to ignore. Homes and even lives are being lost.  Whole towns are under threat but, it… 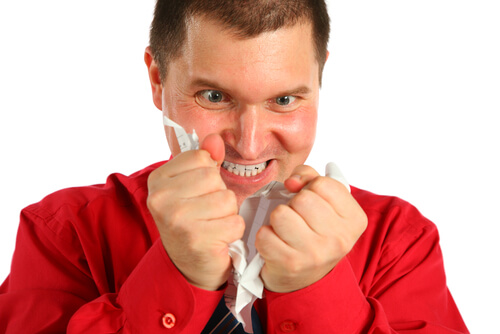 Tucked away in a corner of the new strata laws is a smart-thinking provision that threatens to be a complete waste of time. Quite simply, it says all owners corporations…