Poor building standards and soaring energy costs are forcing one in three Australians out of their flats and houses and into air-conditioned shopping centres and community facilities during heat waves.

And a new survey has found that one in three tenants have asked their landlords to provide some mitigation against crippling heat in their homes – such as blinds, fans or air-conditioning – but only one in ten investor owners had responded.

Meanwhile, most of western Sydney is a large urban heat island that can be more than 10 degrees hotter than the eastern suburbs, a survey released this week claims.

The survey by the Sweltering Cities organisation found that more than 60 per cent of residents  said concerns about costs stopped them from turning on their air conditioning, even during extreme heat.

The report by the community-based action group, comes only weeks after the NSW backtracked on plans to introduce planning regulations to make new buildings better insulated and more environmentally sustainable.

The Design In Place provisions proposed by former NSW planning minister Rob Stokes were swept away by his successor, Anthony Roberts, allegedly under pressure from property developers who claimed they would slow the provision of much-needed housing in Sydney and beyond.

Meanwhile poor-quality homes that do not offer protection from the heat and poorly planned suburbs without trees and shelter from hot weather leave many Australians suffering heat distress, even during milder summers, Sweltering Cities founder Emma Bacon told the Sydney Morning Herald.

“For renters, they don’t have the power to install efficient air-con with solar infrastructure, so they’re either baking in hot homes or buying expensive portable air-con units,” she said.

Sweltering Cities’ Summer Survey, which will be released this week, found 47 per cent of renters will leave the house to go to a cooler location – such as a public park or shopping centre – when it is hot, compared to 14 per cent of homeowners.

The health impacts of extreme heat will be debated by candidates for the key marginal seat of Lindsay, based around Penrith, at the Joan Sutherland Performing Arts Centre on May 5.

Sweltering Cities surveyed more than 2000 people between December 2021 and March 2022, with almost half saying the design of their suburb increased heat.

“For people living in hot suburbs, it can be hard to escape the heat as even walking down the street or waiting for the bus in the sun can be exhausting,” Bacon said.

A study of indoor air temperatures in Sydney homes found 51 per cent of residents surveyed in the summer of 2018-19 felt “uncomfortably hot”, and some residents lived in homes with room temperatures nudging 40 degrees.

“Once they do start to overheat [they] don’t have a cost-effective and affordable way to replace that heat with fresh, cooler air,” he said.

A Planning Department spokesman told the SMH that the NSW government was considering “beefing up” BASIX standards for the design and materials used in building to reduce the need for artificial heating and cooling to keep homes comfortable.

He also said the government had policies to address the impact of climate change, create new parks and plant more trees to cool suburbs.

Labor’s planning spokesman Paul Scully told the newspaper that the state government had not met its tree-planting target and “backed down on its so-called ban on dark roofs”. 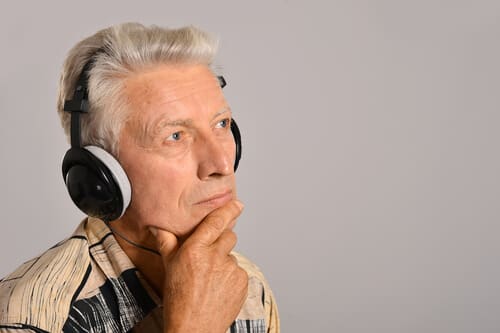 Podcast: Shhh … the future will be a lot quieter

On this weeks’ Podcast Sue Williams and JimmyT explore the differences if any that our current locked down, work-from-home life will make to the way we build and live in… 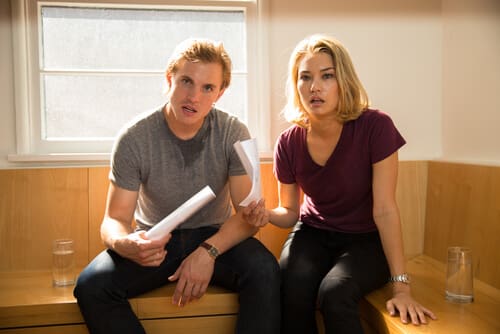 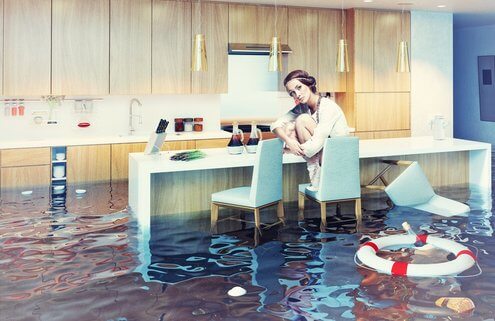 Here’s a tricky one from a Flatchatter  who wants to do the right thing but isn’t sure how much he should actually do. The problem is that the owner downstairs…