Regular readers of this column (thank you both) will know that I am not the biggest fan of Airbnb, nor they of me.

Let’s just put that down to my issues with a company that presents itself as some kind of social service but in fact is a multi-billion-dollar corporation that, in my humble opinion, is just below flammable cladding in the list of things that are incompatible with happy apartment living.

However, we have to accept that online agencies for short-term holiday letting (STHL) are a fact of modern life … for now, at least.

And if you are planning to let your unit while you are away on holiday or even – much more likely – take it off the residential market (boo,hiss!)  how can you be a better host from you neighbours’ point of view?

Why would you bother? Well, apart from trying to be a decent human being, it might stave off the day when angry residents of your block take action against you – through both legal and informal methods – to shut you down.

So what can you do? Firstly, check your building’s by-laws.  If they say “No holiday letting” and your block is zoned residential-only, then start making plans to sell up and invest in a building that doesn’t mind short-term lets.

Forget the industry’s self-serving propaganda about freedom of choice and your rights.  It’s about the freedom to make them more money, pure and simple. Your rights begin and end with parameters defined by the law and you have no “right” to breach them.

OK, you’ve got your flat ready to go on the market and the neighbours don’t have a by-law forbidding it, so what next?

You could choose your guests carefully.  Don’t let your apartment to anyone who hasn’t had a single positive rating from previous lets.

OK, they could be nice people dipping their toes in the STHL water for the first time.  However, they could also be the previously unknown member of a flat-trashing gang whose turn it is to book a unit for the weekend rage.

Even if you are prepared to take that risk, your neighbours haven’t been given that choice and you shouldn’t make it for them.

Next, you could make sure your immediate neighbours and the building manager (if there is one) and/or someone on the committee has your home phone or mobile number.

That way you can get the call when your guests are trashing the building or trying all you neighbours’ buzzers because it’s three in the morning and they can’t get back into the pub where they accidentally left their keys.

Also, while companies like Madecomfy.com are great for changing the linens and towels and cleaning the place between lets, you should try to be there when guests arrive, just so they know there’s a person behind all this.

Using an agency to hand over and collect the keys, makes a bit of a mockery of the whole “sharing” concept, doesn’t it?

Finally, make a point of talking to your neighbours, especially to find out if there’s anything that upsets them that you can fix. For instance, all-night loud chatting on a balcony may seem like innocent fun to the holidaymakers but, using the Brady Bunch grid, that’s the residents of eight other apartments they could be diving nuts.

So think about the impact on those who have made your apartment block their permanent home.  You aren’t just disrupting the economy … you’re potentially disrupting their lives. 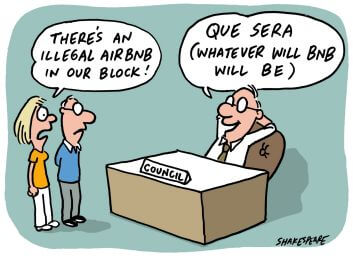 The report by the NSW parliamentary inquiry into holiday letting represents a huge win for the misnamed “sharing economy” but a devastating blow to long-term apartment residents. Duchessed by the… 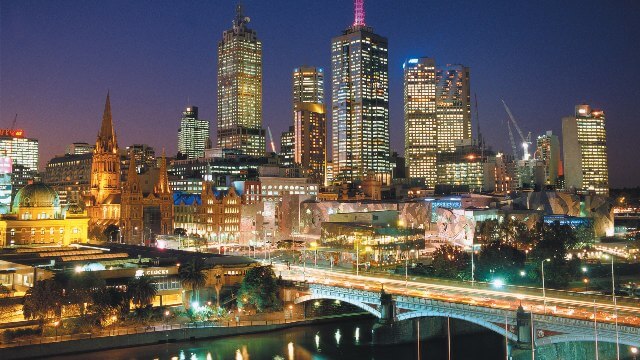 The Victorian government has stopped short of recommending that the state’s Owners Corporations be able to limit short-term holiday letting in apartment buildings. Instead it says the proposals for fines…