A couple of weeks ago our friends at Pet Insurance Australia sent us some questions about pet ownership in strata schemes, to form the basis for a feature they’ll be sending out to their subscribers in their newsletter

Obviously, they can’t use every word of our answers but, hey, we can.  So here goes … more than you ever needed to know about pets and apartments

It’s a bit of both.  Apartment blocks in NSW that allow tenants to have pets, generally only do so subject to the landlord’s permission – and some include that clause in by-laws as an easy way of reducing the number of pets in their buildings.

Generally speaking, many landlords also take the lowest-risk option, not wanting to worry about maybe having to chase tenants for damage done by their pets or because of nuisance caused to other owners.

However, the very right of owners corporations (body corporates) to have blanket bans has been successfully challenged at the NSW Tribunal (NCAT).  The case of a dog called Baxter became famous earlier this year when the Tribunal ruled that a blanket ban on pets was oppressive and harsh.

But it’s still the case that NSW landlords can say “no pets” and that ban would supersede owners corporation permission.

In Victoria, where landlords will soon have to go to the Tribunal (VCAT) if they want to forbid pets in their properties, owners corporations have also been challenged, with tribunals ruling that blanket bans on pets are invalid (although rules about pets on common property are OK).

Like anxious landlords, some strata schemes don’t want pets anywhere near their buildings as they see this as a potential problem that they don’t want to have to deal with.

And let’s not forget rental agents who might not even ask landlords if they want to allow pets because that an extra hassle they just don’t want to have to deal with.

In all cases the risks are exaggerated, of course, but you could say that about any mindset. The message to pet owners is to choose their rental property very carefully.

However, many landlords are realising that there are simple economics at play – Australia has one of the highest rates of pet ownership in the world with one in three households having a companion animal.

All compassion aside, why would a commercially-minded landlord exclude one third of potential renters?

It varies greatly. Some buildings have never had pets and don’t see why they should change.  Other have always allowed them, like having them, and this is increasing with changes in the laws both in NSW and Victoria.

The model by-laws in NSW contain two options both of which favour pets being allowed, but these by-laws can be changed or not adopted in the first place.

What many strata committees and owners fail to realise is that all states have provisions in the law and processes that allow them to remove animals that become a nuisance even if they have previously been given permission.

There are still buildings that don’t allow pets, or restrict their numbers or even the breed (especially of dogs). However, these by-laws and rules are increasingly being challenged.

You have two basic rules or sets of conditions.  The first is that the pet shouldn’t damage the property where its living. That’s pretty basic.

Other rules or by-laws come into play when the pet interacts with the environment immediately outside the apartment or townhouse.

A dog that barks all day or all night or every time a neighbour walks past the front door is going to get its owner in trouble.

A cat that poos in and digs up common property gardens is going to create a different kind of stink.

Owners corporations have their greatest control over areas of common property so they can insist that pets must be carried (a sneaky way of keeping the size of dogs down) or that they must be on a leash in common areas like lift lobbies or car parks.

Some insist that dogs can only exit or enter through car parks or that they mustn’t be led into a lift if another owner is already in it.

You need to get your hands on the most recent by-laws (rules, in Victoria) as well as search the minutes of your strata committees to see if there is a general antipathy towards pets that could lead to restrictions or problems in the future.

In the case of Baxter, his owners had seen an outdated set of by-laws on a noticeboard when they were inspecting their apartment with a view to buying. Based on what the by-laws said – pets must have permission which may not be unreasonably refused – they bought in and brought Baxter with them.

What they didn’t realise was that, because of a bad experience with a previous resident’s dog, the by-laws had been changed. Some lot owners insisted on enforcing the new by-law but Baxter’s owners challenged this at NCAT and won.

It was a good result – especially since a majority of owners didn’t want to throw Baxter out – but these are not hassles you want in your life, or a gamble you want to take with your pet.

Find an apartment block that’s already pet friendly.  Check the by-laws, and talk to people who live there – especially pet owners when they take their dogs for a walk.  Whatever you do, don’t go riding in on your high horse, determined to make everyone else in a pet-unfriendly building do what you want.

That road can only lead to grief and anxiety and, ultimately, you facing potentially having to sell or find a new home for your fur-baby.

Same as above. Find a pet-friendly landlord in a pet-friendly building, if you can.  The law may be changing in Victoria but if you want to bring a companion animal into a flat in a building where neither the landlord nor the strata committee want animals, you are asking for trouble.

However, don’t just accept a rental agent’s word that the landlord doesn’t want pets.  If you can, contact the owner and ask if a ‘no-pets’ clause is a deal-breaker.

Strata society’s attitudes to pets are changing.  There will always be people who don’t want to live under the same roof as animals, and they will find their place.

And there will always be irresponsible people who treat their pets and their neighbours equally badly.

The thing about strata is that the barking dog gets noticed and dealt with relatively quickly, so don’t imagine that leaving it alone all day and most of the night is going to work for you, your neighbours or the poor animal. 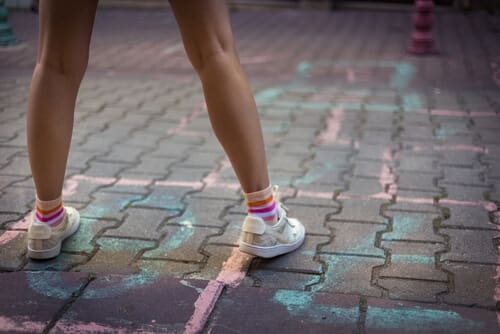 There’s a lot to get through in this week’s podcast, not least the new regulations on pets in strata which replace the now defunct blanket bans on pets. Even so,… 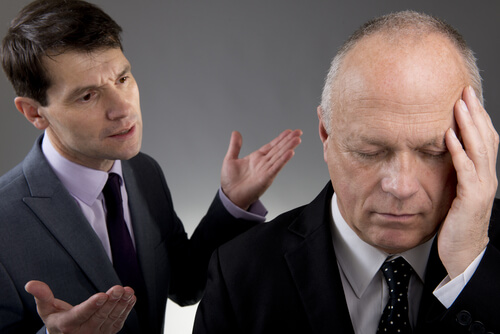 How to beat strata bullies

We know all about school bullies, workplace bullies and cyberbullies, but what about StrataBullies making residents’ lives miserable in apartments blocks. They could be rogue owners determined to have their…

If you live in apartments for long enough it’s almost impossible not to catch a glimpse into other people’s lives. Most of us look away, hoping that the same courtesy…