Do you ever get the urge to stand for election to your strata committee?  Are you convinced you could do a better job than the existing members? Do you want to join but keep being frozen out at the AGM?

Our colleague Sue Williams has written a piece for The Sydney Morning Herald’s Domain section on whether or not you should join your strata committee.

The answer to that question, by the way, is yes … and no.

You can read Sue’s piece HERE.

Yes, we live in an age when being called a “good citizen” is almost an insult, but if strata living is going to work, it has to be more “one for all and all for one”, than every man or woman for themselves.

Are you an accountant, interior designer, trained mediator, lawyer, architect, builder, tradie or possess any of the other many skill sets that might be useful in a strata scheme?

Yes, the owners corp could contract any of these jobs out to paid professionals, but even if they do, isn’t it great to have someone on the inside looking out. If you have knowledge, skills and experience, why not share them with your neighbours?

The second part of that headline is probably the most important. It’s all very well to be able to spot issues that need fixing, but it’s a whole other thing to know what the fix is.

Although there’s a lot to be said for getting people to agree that there is a problem – a major hurdle in many strata schemes – but if you have a solution, that’s gold!

It’s one of the truisms of strata that the very people you want on your committee are often too busy earning the money to pay their mortgages to come home and dive into an avalanche of emails and meetings.

But if you have the time and energy as well as the inclination, go for it. If you don’t, someone who has neither will.

Maybe you are new to strata and, far from thinking you have all the answers, you don’t even know half of the questions.  That’s OK.  Strata is full of know-alls who haven’t even read their own by-laws, let alone looked at the strata Act or Regulations.

So join in with an open mind, listen more than you speak and read everything there is to read so that you can contribute effectively now and into the future.

AND FIVE BAD REASONS FOR GETTING ELECTED …

It could be as simple as wanting to make sure your planned renovations go through or a desire to make sure levies are kept to an absolute minimum, regardless of the long-term needs of the building.

In the first instance, at the very least while you are making sure you get approval for the spa bath on your balcony (but doing nothing else) you could be keeping someone who has a genuine contribution to make from sitting on the committee.

At worst, your own financial concerns could be eroding the value of everyone else’s unit.  OK, you’re on a fixed income; OK, you’re not intending to sell any time soon so property values are of no interest to you.

But blocking sensible and essential expenditure just to save yourself a few dollars, is just a wee bit selfish, isn’t it?

So you are a self-appointed StrataKop monitoring every decision, are you? You’re going through agendas and minutes with a forensic eye for detail, holding up every discussion with a demand for further explanation and investigation?

If that’s you, unless your committee has been getting away with all sorts of corrupt and damaging behaviour, you are probably not helping.  Even worse, you are occupying a seat that might have been taken by someone with more positive intent.

Maybe it’s time to start building bridges rather than barriers.

You’ve been harassed, bullied and bossed around by the committee for too long but now there are enough new faces in the block to stage a coup and turn the tables on your enemies.

Great! This is possibly the worst reason for standing for election. Apart from all the time and energy wasted in seeking revenge, and the harm it might do to the community, two wrongs don’t make a right.

More to the point, it’s not what strata committees are for.  And, as Confucius said, “When you go seeking revenge, don’t forget to dig two graves.”

Now that proxy farming is illegal in NSW and Queensland – and soon will be in Victoria too – it’s harder with those with more ego than brains to run strata schemes as their own personal fiefdoms … but not impossible.

If you work on the basis that nobody else in your block has all the skills, intelligence, wisdom and drive that you possess, and therefore should make way on the committee for you, then … well, you probably wouldn’t be reading this website to begin with.

But I bet you know someone who is like that and who hangs on to power grimly, right reason or none, because they genuinely believe, despite all the evidence to the contrary, that they are the best man or woman for the job.

Is anyone else sick of the idea that “disruption” is a good thing just because it changes stuff that we’ve got used to?

There’s a chat about committees and why you should and shouldn’t join them in this week’s Flat Chat Wrap podcast.

JimmyT rants about Airbnb, defects (and the Opal Tower report) and cladding … and explains why we’ll never get a Royal Commission into the apartment building industry. 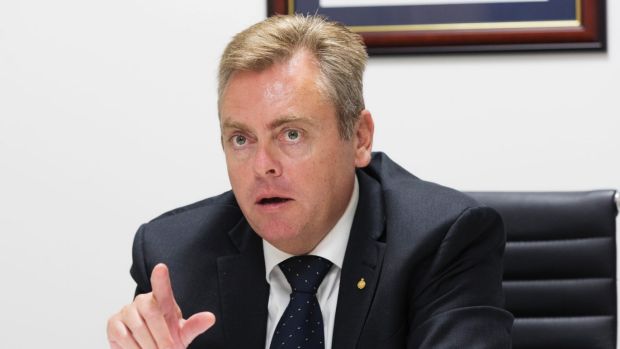 “How often in any politician’s career does he or she get to effect tangible and significant social change?” That was what Planning Minister Anthony Roberts asked me back in 2013…

QUESTION: Our apartment block has external garages accessed by common property,  Tenants park outside their garages – presumably because they can’t be bothered to enter. However, because we are right…