NSW Health’s rush to push through new Public Health Orders for “high-risk” high-rises may have been motivated by an out-of-control spread of the Covid-19 virus in one of the city centre’s most deprived apartment blocks.

According to a report in the Sydney Daily Telegraph newspaper, a massive a unit block in the city’s Redfern area is in full lockdown – and NSW Health has been keeping it under wraps.

Residents of the infected Housing Commission “Lawson” block in Morehead Street, Redfern, have been told to get tested and self-isolate amid reports that the building is “riddled with the virus.”

As reported here, just last week NSW Health amended its Public Health Orders to allow the Health Minister to declare apartment blocks as “high risk” if even just one resident was found to be infected woth Covid-19.

This would allow the authorities to force affected residents and visitors in blocks where an infection had been discovered, to self-isolate until they had the all-clear from Covid testing.

They could also be forced to reveal the names of all residents and the addresses of any visitors, while also self-ioslating or being taken to a quarantine facility.

According to the Telegraph story, the Redfern block has not been identified in Health advisories about infection numbers. Meanwhile locals say it is impossible to properly isolate in any of the three buildings in the complex because of the limited number of available lifts.

The report says a letter delivered directly to all residents told them to keep their doors shut and avoid the lifts, entries and exits. It also said that “no visitors or new residents are permitted to come to [the complex] for the next 14 days”.

Residents at the Morehead Street towers told news.com.au they had received two NSW Health letters under their doors, which warned residents to “avoid common spaces where possible” and “keep apartment doors (both the screen and the solid doors) shut”.

Another, more recent letter to residents’ says all occupants of the tower are considered “casual contacts” and “are instructed to get tested for Covid-19 as soon as possible and self-isolate until a negative test result” is returned.

A Covid-19 testing tent has been erected outside the local shops known as Poet’s Corner. One resident told the Telegraph that residents were being forced to share lifts so that they could go and get tested. 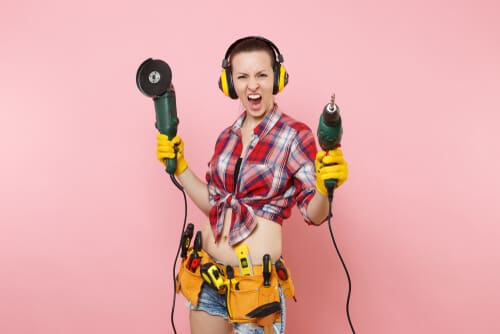 NSW Health and Fair Trading seem to be struggling to keep up with each other over whether or not renovations are allowed in apartment blocks. According to a Health spokesman… 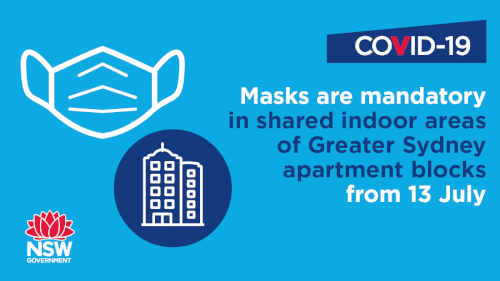 Masks on! Strata residents ordered to cover up as unit block hit by virus

Apartment residents in Greater Sydney’s lockdown zone have been ordered to mask up on common property during the current Covid-19 crisis. The order comes into force on Tuesday, July 13,… 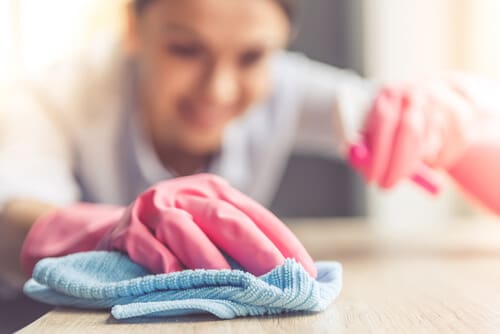 You can’t be too clean with Covid-19 lurking

I have never been crash-hot on domestic cleaning. My natural indolence was once reinforced by a country farming woman who told me that she kept her house spotlessly clean, which…