This week, I slipped down the ultimate strata rabbit hole – NSW Fair Trading’s consultation questionnaire in which they invite us to tell them how we think strata laws could be improved.

I really should have read the fine print – actually, the big bold letters at the top of the process detailing the number of sections  – because once you dig into the online document, it’s hard to resist pushing through to the end.

And this is a deep, dark tunnel that tests your endurance as well as your feelings about how you want to live in apartments, and your experiences to date. To be fair, you can skip whole sections (unless you are a strata tragic like me).

To some extent, the questions seemed like push-polling; the things you get asked in a survey during an election campaign where the point of the question is to plant a thought in your mind rather than find out what you’re thinking.

I’m sure that wasn’t the case but they did give an indication of the areas that Fair Trading is exploring when it comes to new legislation.

So what were the questions and what were my answers?  I won’t bore you with ALL the details but I can say they were thought-provoking. Do I think apartment blocks should be allowed to ban pets?  Hmmm … in a survey at the top, 85 per cent of respondents say no.

But reading through my responses, I was surprised at how conservative I am when it comes to strata law. Here, in no particular order, are some of the high (or low) lights in my strata manifesto:

I suggested that there here should be some way of preventing electronic vote harvesting (which I’m told is the new proxy farming). Votes should only come from registered email addresses, for instance.

I said proxies held by any one individual should be limited to a maximum of five, regardless of the size of the scheme.

I would introduce penalties for committee members for failure to maintain common property or act in the best interest of the majority of owners. These could range from sacking from the committee to actual fines.  Where these sanctions already exist, I would make it easier for owners to trigger them.

I would introduce a model code of conduct and standing orders (for committee procedures) that strata schemes would be obliged to adapt or adopt as by-laws.

I would make the installation of metered supplies from common property electricity for the purposes of electric vehicle charging a non-major permissible alteration to common property.

I would replace mediation with a panel of one strata manager, one strata lawyer and one independent committee member to give instant adjudications which could later be challenged at NCAT if they were less than unanimous.

I said there should be a strata ombudsman’s office and that there should be random performance audits for strata committees.  That would work where owners’ and tenants’ complaints about mismanagement would go into a hat and Fair Trading would periodically pick one at random for further investigation.

I also said that strata needed its own ministry, albeit a junior one.

I said funding should be provided to an organisation like the Owners Corporation Network (OCN) to provide affordable “off the peg” bylaws.

Even better, there could be a “build your own by-laws” website where strata committees and ordinary owners could select the key elements for the by-laws they were trying to create.

I agreed that old by-laws should be brought into line with new model by-laws as communities evolve with society and they shouldn’t be held back for the lack of a 75 per cent majority.

I also suggested there should be a new model by-law that compels owners replacing insulated carpet with hard flooring to ensure there is no noise intrusion into neighbours’ apartments.  Citing BCA standards is not enough – noise transmission tests in situ are the only effective measure.

I suggested that building managers should be limited to a one-year contract for the first year of a scheme, then a maximum of three years for each contract thereafter (as now happens very effectively with strata managers).  Building manager currently get 10-year contracts.

I said developers should never be allowed to be the strata manager for schemes they built.

I also suggested that bad strata managers should be fined or even lose their licences for gross incompetence. Good strata managers are still having the industry’s reputation sullied and undermined by cowboys

I said there should be a model strata management contract available in the regulations (as there is for residential rentals) and that any scheme of more than 50 lots should be required by law to employ a strata manager.

Although this has been rendered obsolete by the Court of Appeal ruling last year effectively eradicating blanket “no-pet” by-laws, I  said anyone claiming they had an assistance animal should have to provide documentation to show that a) they needed the assistance for medical or psychological reasons and b) the animal in question was properly trained to provide it.

I also said schemes should be allowed to have no-pet by-laws … not because I’m against pets in strata – I’m definitely not – but I think people who really don’t want to or can’t live in the same building as animals should be able to live in apartments.

It’s a question of finding the right balance so that those of us who enjoy having pets around can do so, while those who don’t want to live near animals have a choice too.

You can have your say on the changes you think NSW strata law needs by clicking HERE.  Don’t worry, it can be anonymous, so you can say exactly what you think and you have until March to do so.

And I’d love to hear your comments on my submissions too, regardless of how vehemently you disagree with them or how enthusiastically you concur.  Log in and post away or email me on mail@flatchat.com.au. 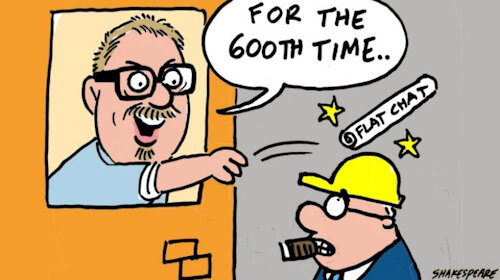 Flat Chat 600 – Still crazy after all these years

Writing a new column – on the value of a good whinge, if you must know – I noticed that this would be our 600th Flat Chat. It’s true –… 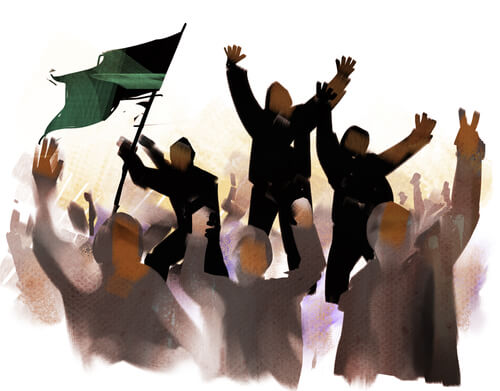 Stage a strata revolt without being revolting

There was a popular saying around at the end of the last century – “don’t get mad, get even”.  However, as I often ask people who write to the Flat… 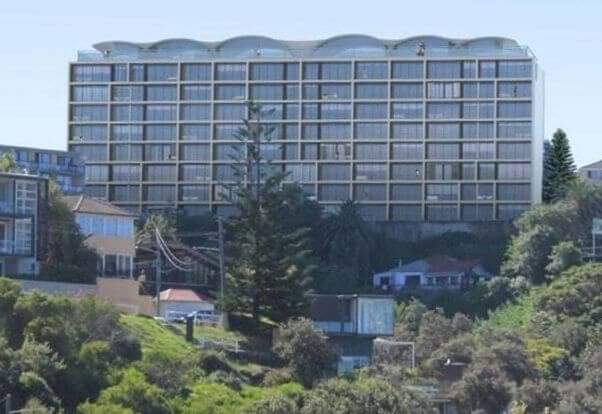 Podcast: The many sins of commission at Fair Trading

4 Replies to “Law change survey leads to our strata manifesto”