For the first time in NSW state history, a tribunal has rescinded a strata building management contract, pre-sold by the developer, finding it to be harsh, oppressive and unconscionable, writes Sue Williams.

A 25-year building management contract for property management and letting services, originally sold by the block’s developer for hundreds of thousands of dollars, has been cancelled by a tribunal – the first time this has ever happened in NSW.

Apartment residents who successfully challenged the contract, which had earned Meriton an extra $310,000, in a practice that is now outlawed by the NSW Government, and which tied the home-owners to caretaker fees that ran into millions, now hope they have set a precedent that will help other apartment dwellers in a similar position.

But it was not without a struggle. At the height of the bitter management contract battle at the 11-storey Acacia Gardens complex in Ultimo, residents were even locked out of the reception area.

They weren’t able to access keys, CCTV cameras, security control systems and fire and communication services, and security guards were hired to try to prevent them attending a critical AGM called to inform and rally apartment owners.

“It’s been a very long road to get to the end of this all,” said Nick Eltis, one of the owners of apartments at Acacia Gardens, and the secretary of the strata committee. “It’s been very stressful.

“But we’re very glad to have got this result at the tribunal. And we are very happy that this will create a precedent now for other apartment buildings who are in a similar position.”

Apartment owners discovered that their building’s management and letting rights for 25 years had been sold 20 years ago to a third party for more than $300,000. Obviously their management fees would have been inflated to allow the purchasing company to recoup its investment.

As a result, the annual management fees that had started at $75,000 a year, had since risen to around $250,000 annually – including increases in excess of the agreed CPI every year.

The caretaker agreement between Meriton, the Owners Corporation and the building management company, Sunaust Properties, operating as Central Sydney Realty (CSR), was signed in January 2001, just two days after the strata plan was registered, by the Owners Corporation – which was actually Meriton since they still owned all the apartments at the time.

That’s a practice that was banned in 2002 by the NSW Government, said the building’s barrister Richard Gration.

“It meant, however, that the subsequent apartment owners had no say at all in who their building manager would be or in the fees they were going to have to pay for this service for the next 25 years,” said Mr Gration.

However, in a landmark ruling at the NSW Civil and Administrative Tribunal (NCAT), Senior Member Graham Ellis SC ruled that the contract with CSR was harsh, oppressive, unconscionable or unreasonable, and would therefore be terminated. In addition, he found the conduct of the building managers constituted “gross misconduct”.

It’s the first time the tribunal has ever used its powers, granted in 2003, to terminate such a contract.

The management company, CSR, is now appealing the NCAT decision. That hearing is set down for June.

CSR manager Ken Xue said the NCAT verdict had been “one-sided and not correct at all. It’s the first time they have made such an order to terminate a contract so we have to appeal to make sure this isn’t a precedent for all the other cases coming afterwards.

“We understand the Owners Corporation has spent $440,000 on legal fees so far and people have suggested they pay that to us rather than lawyers to end the contract which has still another four years to go. That would be fairer.”

Mr Eltis, speaking from Dubai where he’s currently working as the technical director for the opening and closing ceremonies of the World Expo, said he is keen to have the appeal over so apartment owners can get on with their lives.

“We are looking forward to moving ahead and getting our lives back to normal,” he said. “We hope the precedent will make it better for other buildings and help the broader community.”

The two sides are also now in the Supreme Court over the size of the fees paid during the contract, with the owners claiming they have paid around $1 million too much, and CSR alleging the owners have not paid enough. That hearing is listed for November.

The NCAT case heard that Meriton headed off a rebellion by owners of the 109 apartments in the first stage of the building’s development by retaining ownership of the second stage as 224 serviced apartments, giving it a 68 per cent stake, and thereby a majority of votes.

At an AGM in 2015, the developer’s representative used his voting power to reduce the strata committee from nine members to just one – himself. But when the developer sold its serviced apartments in 2016 and lost control of the scheme’s strata committee, apartment owners were finally able to properly examine the contracts signed in 2001.

When an AGM was organised by owners in 2020 at the Masonic Centre in the city, CSR took action in the NSW Supreme Court to prevent the meeting going ahead. The court instead sent the application to NCAT which turned it down.

Flyers were then handed out by CSR staff at the front of the building, NCAT heard, saying the meeting had been cancelled and the CSR manager hired security guards to prevent owners entering. The strata manager called the police who threatened to arrest the guards unless they left, and the meeting eventually went ahead.

The strata committee have now appointed a new building management company to replace CSR as building manager at Acacia Gardens pending the outcome of the appeal. The terms of that contract have now, after 20 years of enforced management, have at last been negotiated by the apartment owners.

This story originally appeared in Domain and the SMH. 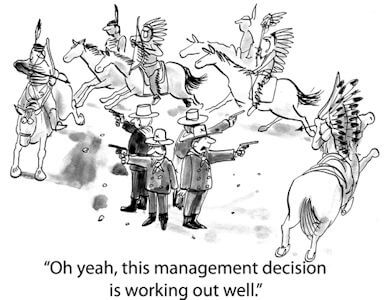 I was at the launch of a new strata management venture recently and one of the senior executives said to me: “You’re not as angry as you used to…

QUESTION: Our apartment block has external garages accessed by common property,  Tenants park outside their garages – presumably because they can’t be bothered to enter. However, because we are right… 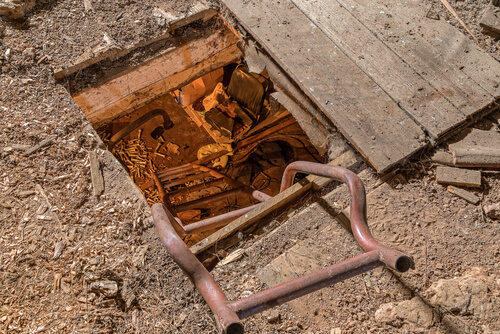 Roundup: Neighbour dug a secret cellar under her flat – then sold it

Just when you think it’s safe to dig through the latest posts to the Flat Chat forum, somebody comes up with a question that makes you go WHAT!?! But then,…