I was chatting to a colleague the other day who’s just back from South Africa and she was telling me about an area of Johannesburg that experienced apartment dwellers’ worst nightmare … but survived and is now thriving.

Once upon a time, under the evil shadow of apartheid, Hillbrow was a very lively suburb with an abundance of high-rise apartments.  Something like Sydney’s Potts Point.

It defied the government’s policies of racial segregation – with middle-class black families moving in – and evolved into a lively focus for the counter-culture, with – depending on which reports you read – a taste for the Bohemian.

Eventually, as has happened in similar city suburbs all over the world, that evolved into a marketplace for drugs and other related crime.

When things got really bad, according to some reports, the government took revenge on the residents for their rejection of segregation by shutting off the power, water and sewage system and removing police patrols from the area.

The most notable building there, the notorious landmark Ponte Tower, a huge hollow cylinder of a block, then became the worst example of what went wrong next.

Deprived of power for lifts and other services,  it became a massive squat – a ‘shanty town in the sky”, some observers called it –  as it and many other buildings were hijacked by criminal gangs, renting out over-crowded rooms in flats to whoever was prepared to pay and put up with the horrific conditions.

Meanwhile the central core of the Ponte became a giant rubbish tip reaching between five and 14 storey’s high, depending on which reports you read..

In other blocks, with lifts no longer running, the lift wells became the garbage dumps. Now, this couldn’t go on indefinitely and oveer the years, some of the blocks have evolved into viable communities and are surprisingly well-run.  There are now even guided tours of the Ponte where families have moved back in and there is a waiting list for flats, but where, legend has it, even dead bodies were found when developers cleared the massive pile of accumulated rubbish.

With water, power and sewage systems fully operational, one problem has emerged for Jo’burg’s city council and sympathetic developers, planning to revive the area, revamp the buildings and turn them into low-cost housing.

Many of the original owners have disappeared without trace – a large number of them overseas – so it’s hard to get their OK to take over property that’s still effectively theirs. Even so, this is a prime  example of how anything can be turned around, if there’s a will from the government and a need in the community.

If you want to read more about what is happening in Hillbrow now, this is a good place to start, as is this feature.

JimmyT and Sue Williams ask the questions everyone else is avoiding, and provide the answers people need to hear, about the Opal Tower in Sydney and the whole defects disaster…

Flat Chat Wrap #41 – The future of apartments … bees vs locusts 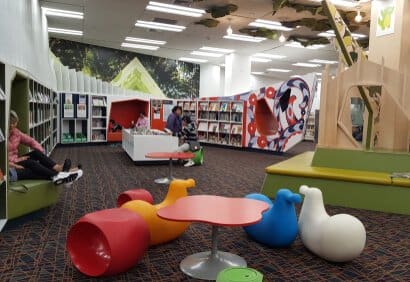 Potential apartment purchasers would do well to look at the facilities for lower income families in and around their blocks, and not just the price tags on their on their…