Our cities effectively closed for business during Covid, but now they’ve had a shake-up and a wake-up and they are good to go, writes Sue Williams for Domain.

Friday afternoon in Sydney’s CBD and the place is buzzing. New COVID-19-arrival restaurant MuMu is packed with office long-lunchers and Bar Totti’s next door, which re-opened into a bigger refurbished space during the pandemic, is heaving.

Just down George Street, the Hilton Sydney’s Glass Brasserie is fully booked, while its downstairs Marble Bar is being readied for a big Friday evening, open for nightcaps and retro cocktails until midnight.

Sydneysiders are flocking back to the city to shop, work, eat, drink, be entertained … and live. While many left during the pandemic to work from home and buy houses on the coast or in the country, there’s recently been a significant uptick in demand for CBD apartments.

“There are a lot of downsizers now trying to get in, especially since prices, generally speaking, haven’t moved much at all in the city over the past couple of years, while we’ve seen significant increases elsewhere in NSW,” says Michael Lowdon, principal of Ray White Residential Sydney CBD.

“I think there’s some very good value in the city. We’ll see price increases in the next 12 months as people come back, and we’ve already seen the vacancy rate for rentals falling and rents rising – not quite back to pre-COVID levels but getting very, very close. You’re seeing a lot more people coming back to work in the city, queues again at coffee shops and plenty of activity.”

The buildings most in favour, he says, are those which are well-managed and have good facilities that justify their strata levies. In the upmarket The Hyde, for instance, he’s sold just over $20 million worth of property over the last 12 months.

At Black Diamondz Property Concierge, director Monika Tu is finding demand strong for city penthouses, having sold two recently at Crown Sydney in Barangaroo for $22 million and $13 million respectively. She also sold one at Eliza Apartments on Elizabeth Street for $6.5 million and another at Lumiere Residences on Bathurst Street for $6 million.

“As well as the local downsizers who want great spaces and everything all on one floor, there are a lot of international buyers who want something in the city in addition to their big house elsewhere,” Tu says.

“Anything between the prices of $6 million and $8 million just walks out of the door. People are now really starting to come back, and the rental market is booming.”

Many of the new buyers are actually those owners who sold up during the pandemic but found they missed the buzz of the city and are now trying to get back into the market, says Adrian Wilson, the principal and director of Ayre Real Estate.

He recently sold a two-bedroom-plus-study apartment at The Quay, at Circular Quay, for $3.55 million to a couple who sold their Sydney home during the pandemic and relocated to the mid-North Coast. “But they were missing the activity and vibrancy of the city and so decided to secure a city base right in the thick of all the action, restaurants and attractions,” he says. “They’re part of a real trend we’re noticing.

“I think people are having a definite change in their attitude towards the city. We saw a flood of people leaving in the pandemic but now the pendulum has swung back and people are coming back every other weekend, staying in hotels, and saying they might as well buy.”

There’s still a shortage of good stock, however, despite some developments settling around COVID, like the Opera Residences, Quay Quarter, Greenland Centre and King & Phillip Residences. Others yet to be completed include 111 Castlereagh at the former David Jones site, Castle Residences on the same street, One Sydney Harbour at Barangaroo and Sirius at The Rocks.

The buyers who’ll be taking these up will certainly have an impressive lifestyle awaiting, say those working on a new vision of the city.

At the City of Sydney, architect and design director Bridget Smyth says its Sustainable Sydney 2030-2050 long-term strategic plan has been updated after the crisis in consultation with researchers, leading experts and the community.

“It provides a bit of a road map towards re-imagining the city of the future,” she says. “Some of it seems like lofty blue-sky ideas but some we are actively working on, like creating more cultural spaces, more affordable housing, laneways, small bars and late-night activity.”

Among the plans is one to link the three squares at Circular Quay, Town Hall and Central with a pedestrian spine along George Street, one to green the city with tree-lined avenues and laneway commons, one to have a nine-kilometre walk, Yananurala, to highlight Aboriginal history and culture along the harbour foreshore, and another to create more public space in the city centre.

“We need big-picture ideas to drive change,” Smyth says. “For instance, we’re pushing really hard to have the Cahill Expressway knocked down to take the city to the water. It will be a changed city, but I’m optimistic it will be a better city.”

The change is already underway, says architect Bill Dowser, principal at BVN and its lead on city regeneration. More workers are returning for connection and face-to-face collaboration, and much of the rest of the CBD is coming alive.

“We have more street activation, which is so important, with outdoor dining in car parking bays, laneways being developed, licensing restrictions being relaxed and the public domain being used,” he says. “People are being very creative in their offerings and not just doing what they did before.

“The city is becoming more and more of a destination, a place where people can get something different to what they can get at home.”

Meanwhile, back at the Hilton, which just sold to overseas investors for an Australian hotel sale record of $530 million, business is brisk. The lobby areas are busy and the rooms are filling up once more.

“Everything has picked up well,” says general manager Hayden Hughes, contentedly. “I’m surprised how well the Marble Bar is going too. We bit the bullet by opening five nights a week and everything’s been performing really well.

At the City of Sydney, architect and design director Bridget Smyth says its Sustainable Sydney 2030-2050 “There are very exciting times for us and the CBD. There are lots of good signs of confidence and optimism in the city and we’re very happy to be a part of it all.”

You can read this article in full at Domain.com. 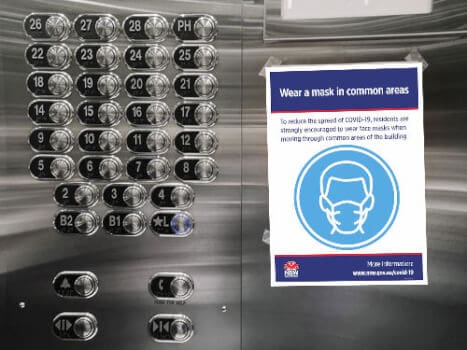 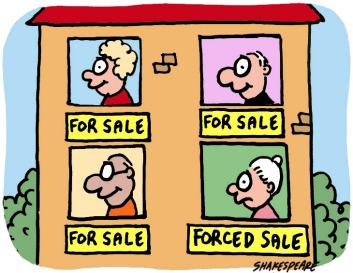 Recent reforms to NSW strata law, allowing forced sales of apartments for urban renewal, are not as simple as a developer turning up with a cheque book and carting Auntie… 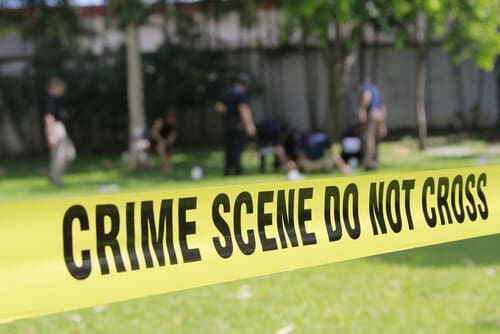 Are residents who commandeer visitor spaces and annex chunks of common property for their own use really thieves? In a world where breaking the law and flouting regulations is not…