On the one hand, there’s never been a better time to catch up on those little jobs – and some big ones – around the flat.

People who live in houses are doing it, getting to project manage their own renovations.  For apartment dwellers, it’s not so easy.

And for people who are genuinely working from home, having their thoughts and Zoom conference calls interrupted by drilling, sawing and hammering is far from ideal.

Other unintended consequences of the Lockdown are the growing piles of garbage in our bin areas as more of us work and eat at home, overflowing clothing and recycling bins as we take the opportunity to have a proper clear-out of the stuff we don’t use or wear any more.

Are Boomers the last generation to hold on to clothes until they fall apart rather than go out of fashion?

Jimmy recalls a World Cup football teeshirt he still owns after 30 years.  How does he know how old it is?  It has “Italia 90” on the front.

All of which leads neatly to what we wear while we’re working from home and how it affects our sense of being at work when we haven’t left our front rooms.

Sue references an article she recently had published in the Sydney Morning herald which features a friend, Alice Hidajat, who dresses in a different smart outfit every day to work from home … with her laptop perched on her ironing board.

You can see nine of Alice’s WFH ensembles HERE, Sue’s “pyjama inspired” outfit and the extremely casual Warren Coleman at his computer screen.

Speaking of Warren, regular listeners will recall we spoke to Warren a few weeks ago, pre-Lockdown, when he and his partner Therese were getting ready to sell the apartment they’d lived in for 30 years.

They avoided the ban on house viewings and auctions by about a week, but had to do their removals under Lockdown conditions.  Jimmy and Sue catch up with Warren via Zoom and ask exactly how that worked out.  Apparently gloves and face masks come off fairly quickly when a sweat is worked up.

Inspired by him, 90-year-old Margaret Payne, from Ardvar, Sutherland, is aiming to scale the equivalent of the 731 metres of Scottish mountain Suliven, on the stairs inside her Highlands home.

As promised, Jimmy has calculated that if you wanted to do a virtual climb of say Mount Kosciuszko (all 2228 metres above sea level) that will take 13,105 steps (@17cm per riser) or 795 floors of a modern apartment block.

Slightly less challenging, you could replicate the actual 863 metre climb from Thredbo to the top of the mountain, which would be 5076 steps or 308 floors.

But it doesn’t count if you’re under 90 years old. 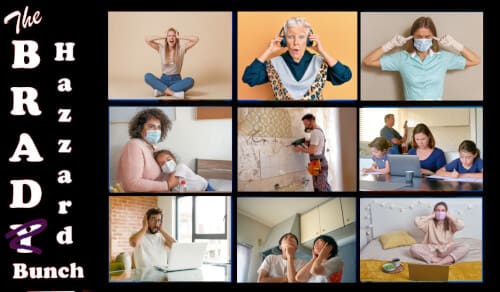 The impact on people forced to stay in their apartments while building work goes on around them could be a lot more severe than originally thought. If the apartments undergoing… 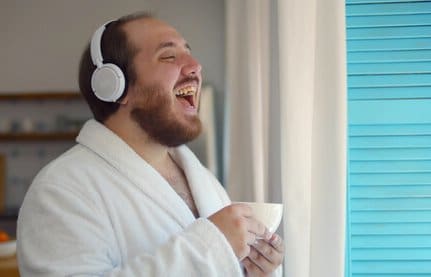 If the NSW government isn’t going to protect locked-down apartment residents from renovation noise, then I guess we have to take whatever action we can to give ourselves a break… 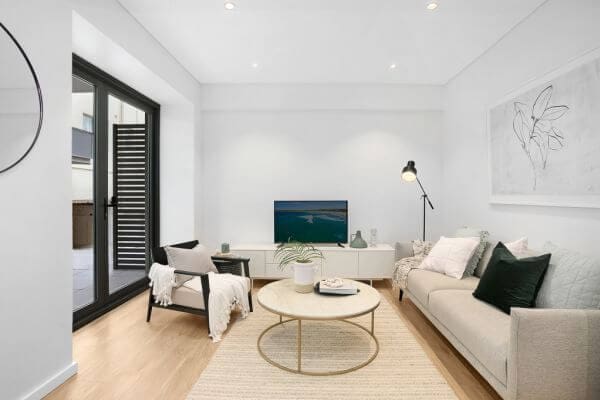 The conversion of unused basement spaces to two new flats and the purchase of common property to allow the extension of existing properties, have financed a major upgrade to a…