Space: the final frontier – or, for those in the Sydney property market over the past year, the financial frontier.

For the biggest trend in pandemic-plagued 2021 has turned out to be the demand for more room in, and around, our homes, writes Sue Williams in Domain and the Sydney Morning Herald.

“It’s really been the year when we re-imagined the space in our houses and apartments,” says Domainchief of research and economics Dr Nicola Powell. “We wanted to have areas in our homes where we could work and, spending so much time indoors during lockdowns, we wanted more living space where we weren’t all on top of each other.

It’s been a strange year in so many ways. With rock-bottom interest rates continuing, no sooner did escalating property prices smash all previous records, then they smashed them again three months later – with unprecedented back-to-back quarters of price rises over eight per cent.

Then, as first home buyers flooded back into the market in 2020, they were suddenly washed back out again by the pricing tsunami, with investors diving in to take their place.

Many were only able to dip their toes in early in 2021 because of the bank of Mum and Dad. “Parents were ‘gifting’ their children cash for their deposits rather than going guarantor,” says Marcus Roberts, founder of mortgage brokers Brighter Finance.

“There were reports earlier this year that parental contributions are averaging more than $89,000 which is an increase of nearly 20 per cent in the last 12 months. Other versions of this see parents allowing their children to pay zero rent or pay significantly discounted rental rates on properties owned by the parents.”

At times, it was hard for anyone to keep up, as Sydney clocked the fastest annual pace of price growth on record, reaching a median house price of $1.5 million, with apartments exceeding the landmark $800,000. Today, residential property now sits as the biggest asset class in Australia, worth an incredible $9 trillion, with 38 per cent of that bulk within NSW.

While in the 1970s, a house cost seven times the average salary, it will now set the regular buyer back by 12.5 times their median yearly income, according to the latest ANZ CoreLogic Housing Affordability Report. Home-buyers will need to save for over 16 and a half years to amass the usual 20 per cent deposit for a home, after this year’s 30.4 per cent rise in house prices.

“I think the most interesting thing this year has been that my house made more money than I did,” says Tim McKibbin, CEO of the Real Estate Institute of NSW. “And I wouldn’t be alone there; there’d be many, many people in the same boat.

“But everything, everywhere is becoming unaffordable and, for many first home buyers, that Australian dream of buying their first house is getting further and further out of their grasp which is troubling. For a lot of others, their mortgages are blowing out too with the cheap cost of money.”

At the top end of the market, prices increased even faster, with the settlement on sales of new apartments at Barangaroo cementing the CBD harbour foreshore’s place as one of the top prestige addresses in the country.

“It already had a foothold on the claim historically thanks to Bennelong – The Toaster – and again when the Opera Residences set a record at more than $26 million with the wealthy businessman and philanthropist Robert Salteri and his wife Kelly’s purchase,” says Lucy Macken, of Domain’s Title Deeds. “Then a new record was set by a mystery buyer who bought the top three levels of Lendlease’s tower One Sydney Harbour for $140 million.

“But there is something more certifying about settlements and this year’s completion of One Crown Residences next door show multiple purchases of more than $40 million, even if James Packer is yet to settle on his at $60 million pad.”

For houses, Woollahra finally claimed a place on Sydney’s trophy market. It was already a well-to-do eastern suburb but, given the nature of its historic housing, it had never entered that $20 million trophy home market … until Kerri-Anne Kennerley scored $22 million for her house.

“That shocked property watchers,” says Lucy. “As did the sale of Rosemont just a few weeks later at $45 million by Margot, Lady Burrell, although this was more understandable given the size of the estate.”

Meanwhile, a new record for the inner west was set by the $25 million sale of a waterfront estate in Abbotsford by the Bowes family who’d owned it for nearly 80 years, while the Northern Beaches smashed theirs with a $27 million purchase in Palm Beach. The north shore clocked up a $24 million sale in Northwood, the upper north shore a $16 million sale in Killara, and southern Sydney an $8.38 million buy in Sandringham.

The exodus from Sydney was accelerated by COVID-19, with a rush to sea change and tree change destinations, as well as to the regions and outer suburbs, as technology helped with the transition to remote working. This drove prices upwards in many of the key lifestyle hotspots, like Byron Bay which outpriced even Sydney with a $1.55 million median, and set off strong rises in other NSW favourites like Orange, Kiama, Bellingen and Lismore.

“I never thought I’d see the day when we were more expensive than Sydney,” says Glen Irwin, director of Byron Bay Real Estate Agency. “But now I’d expect that to continue. We’ve had so many people coming here, and they fall in love with it, and they’re never going to go back.

“And we have such a shortage of properties compared to cities like Sydney and Melbourne, prices will continue to go up as people discover how great life here is.”

Many people also bought holiday homes with the money saved from the absence of travel, with a recalibration of high-end values in traditional weekender areas like Palm Beach, Dural and the Southern Highlands.

“We’ve had a lot of people buying here from Sydney, and prices across the area have generally risen by about 25 per cent as a result,” says Anita Roelevink, principal of agents Stone Southern Highlands. “Then we’ve seen a lot of people relocating here permanently.

“They’ve been re-evaluating their lives, and want a more relaxed time, and a village lifestyle in places like Exeter or Burrawang.”

As for 2022, most experts agree that the pace of price growth is likely to slacken with a great deal more supply coming now online, and record numbers of back-to-back listings.

“So in summer and autumn there will be better buying conditions, and people who missed out before might have more chance next year,” says Nicola Powell. “Demand will certainly slow down.”

That will come sooner rather than later if the interest rate rises towards the end of 2022 or the Australian Prudential Regulation Authority (APRA) tightens the regulations still further. Already, they’ve said that from last month (subs: November), buyers’ borrowing capacity needs to be assessed at 5.5 per cent instead of a loan rate of, say, 2.5 per cent, and that could be tightened further still.

“A lot of clients are now asking ‘Is my borrowing capacity less?’ as their first question,” reports Marcus Roberts. “This will most likely hit first home buyers the hardest as they’re generally borrowing more than somebody who is already in the market and are moving on to their next property. But it could affect everyone in one way or another.” 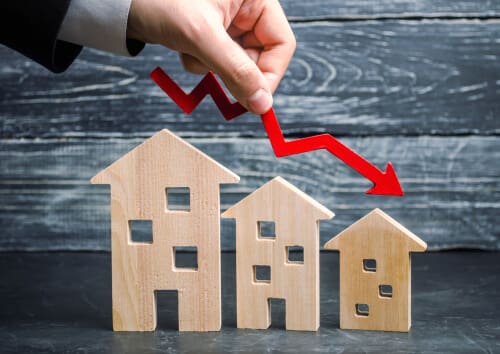 Property prices – are you predator or prey? 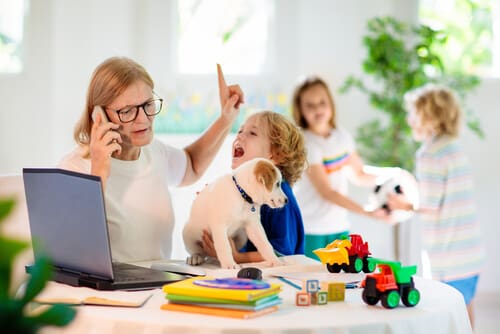 How to make working from home work for you

Love it or loathe it, the ability to work from home has become one of the most profound social changes of our lifetimes, writes Sue Williams in Domain. For some,…

With property prices plummeting across our major cities, JimmyT and Sue Williams identify where apartment values are plummeting, where they’re holding and where off-the-plan purchasers are being told they can’t…