Would-be Airbnb hosts hoping to cash in on the opening up of regional travel on November 1 and even the eventual arrival of overseas visitors could be be in for a shock.

On the same day that travel restrictions ease, the NSW Registry of short-term rental accommodation (STRA) becomes mandatory and, according to state government sources, if you aren’t registered, you can’t be listed on Airbnb, Stayz or the major holiday letting sites.

However, as of last week, fewer than one-third, probably even a lot less of STRA properties in NSW were registered, based on Airbnb listings in Sydney and Byron Bay.

Also, if you live in a flat and were hoping to sidestep by-laws by claiming your pad is your principal place of residence because you only let it out in its entirety at weekends – and therefore assume it would not be subject to no-STRA by-laws – think again.

According to NSW Planning, you have to be in situ at the same time as your guests if you want to wriggle through that loophole.

Holiday letting has almost been forgotten during the great Covid exodus of foreign tourists, and the intermittent border closures in Australia, but next week, coincidentally as travel opens up again, NSW imposes its long-awaited compulsory registry of holiday rental homes.

And if you’re not in it, you’re out of the STHL game. The register becomes mandatory on November 1, when limits of 180 nights a year that units can be rented as holiday lets in Greater Sydney and Byron Bay will also come into force, while, statewide, local council limits on short-term lets will be erased.

The register is being run with the cooperation of the major online booking platforms such as Airbnb and Stayz, which won’t be able to list unregistered properties and has committeed to monitoring the number of nights a year homes are let to make sure they don’t exceed the caps of 180 nights in Greater Sydney and Byron Bay.

And the NSW Department of Planning, Industry and the Environment has confirmed that hosts will not be able to list their properties if they aren’t on the register.

“Our reforms introduce a Code of Conduct for the industry, which means that unregistered properties cannot be advertised on booking platforms,” a spokesperson told Flat Chat this week.

However, the incentives for holiday hosts to fall into line and sign up are highly enticing, according to Minister for Planning and Public Spaces Rob Stokes.

“With restrictions easing and summer on the horizon, our regions are set to boom with holidaymakers, and many of them will be staying in short-term rental accommodation,” he said in a press release this week.

“We already have more than 12,000 properties registered on the NSW Planning Portal, and we’re encouraging everyone to sign up, so they don’t miss out on the expected swell of visitors.”

Interestingly, the STRA monitoring website InsideAirbnb calculates that there are about 36,000, or three times as many STRA properties as are on the government registry, in greater Sydney and the Northern Rivers combined.

And that’s just Airbnb listings; it doesn’t take into account other major players like Stayz and small local holiday letting agencies, suggesting there may be a major shake-out of part-time and one-off hosts as the registry bites.

Also, owners and tenants in apartment blocks that have “no STHL” by-laws will not be able to side-step them by renting out in their whole flats, empty, to weekend visitors, on the grounds that they are still their principal place of residence.

Asked for a definition of “principal place of residence”, a DPIE spokesperson said: “The legal definition for principle place of residence is the place where a person usually lives, and so most of their possessions and clothes would be there and usually their mail would be sent there also.”

But pressed on the potential for owners and trenters to live in a flat on weekdays while they were at work, but then let it out at weekends as an empty but “hosted” property, not subject to any STRA by-laws in their block, the DPIE spokesperson said: “For a property to be hosted, the person who normally lives there must be at the property when it is let.”

Okay, but the word “hosted” doesn’t appear in either the legislation nor the Code of Conduct. And this was an opinion offered by Planning and not Fair Trading, which looks after strata law.

The NSW strata Act says: “A by-law … may prohibit a lot being used for the purposes of a short-term rental accommodation arrangement if the lot is not the principal place of residence of the person who, pursuant to the arrangement, is giving another person the right to occupy the lot.’

It goes on to say: “A by-law has no force or effect to the extent to which it purports to prevent a lot being used for the purposes of a short-term rental accommodation arrangement if the lot is the principal place of residence of the person who, pursuant to the arrangement, is giving another person the right to occupy the lot.”

“Hosted” or not, get ready for a konga line of complaints to NCAT as STRA hosts and anti-Airbnb committees battle for a reliable legal interpretation of “principal place of residence”.

“It’s been a long time coming and we gave everyone an additional three months to get their properties up to scratch, to ensure they’re safe and ready to welcome guests.

“Registration is straightforward and enables a sector worth $30 billion annually to operate and thrive under a clear set of standards.”

Everyone must also have a COVID-safe plan in place and adhere to NSW Fair Trading’s Code of Conduct. More information and a link for registration are available at: www.planningportal.nsw.gov.au/STRA.

Meanwhile compliance with stringent fire safety measures has been put back to March next year to allow for the fact that hosts, tradies and suppliers have been locked down at various times, unable to travel to work on their properties.

Registered STRA homes have until March 1 next year to meet fire and safety requirements, such as clear evacuation diagrams, fire alarms, extinguishers, and emergency contacts.

While registration is a relative cheap and easy process – $65 up front and $25 a year thereafter – when fire safety measures come into effect next March, they could see many casual holiday hosts drop out of the market because of the cost and complexity of complying with the code.

The entrance doorway to the unit must be capable of being opened from inside without needing a key and changes to locks mustn’t impair the fire resistance of the door.

A 2.5 kg portable fire extinguisher and a fire blanket must be installed in an accessible location in the kitchen.

A highly detailed evacuation diagram or map showing the layout of the flat and common areas and including a “you are here” symbol must be attached on or near the inside of the entry door and on or near every bedroom door.

It must be at least A4 in size, be “clear, legible and durable”, show the designated exits from that storey of the building and identify the location of any fire hose reels and portable fire extinguisher(s) in the flat and common areas on the same floor.

Even flats that are designated a “principle place of residence” (PPR) and therefore not subject to any strata by-laws restricting short-term lets, must comply with the fire safety regulations. We are awaiting Planning’s legal definition of PPR.

Similar requirements apply to townhouses, with the addition of heat sensors being required for attached garages. Further specific and detailed requirements for apartments run to more than a full page in the Short-term Rental Accommodation Fire Safety Standard document.

It’s understood that the fire safety requirements will be self-policed, and contingent on guests complaining to the authorities or online letting platforms if the safety measures aren’t up to scratch.

Just as with other breaches of the Code of Conduct, host or their properties that are breached twice in two years could be banned from taking holiday rentals for up to five years.

The Planning NSW short-term rental portal has links to information and regulations around holiday lets.

Fair Trading’s information page is where you’d go for more information about the Code of Conduct, how and where to register a complaint, and the Exclusion Register.

Just when you thought it was safe to dip your toe into the Airbnb discussion, it turns out the proposed new laws are not what they seem. The 180-day cap… 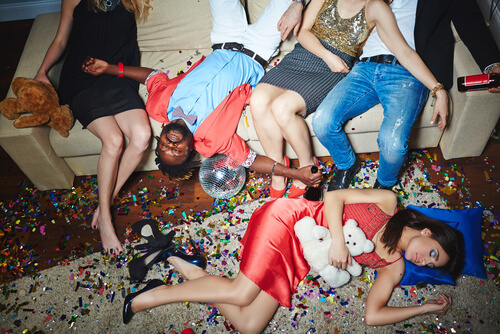 A combination of tax crackdowns and insurance obligations is making the prospect of letting homes on holiday letting websites like Airbnb a much less attractive option, according to a story…