When health worker Georgia Dawson (not pictured) applied for permission to keep her dog in her apartment, she was stunned to be told her building was considering imposing a bond on all pet owners of $2000.

But with her two-and-a-half-year-old son Rafy absolutely devoted to her Staffy named Fav, she’s vowed never to tear them apart, writes Sue Williams in the Sydney Morning Herald .

“It’s a huge amount of money and it’s very upsetting,” said Ms Dawson, 32, who moved into the apartment complex on Sydney’s lower north shore seven months ago as a renter. “We want to stay in our home and we don’t want to be put in a position where we have to choose between our home and our family.

“Pets are family for many of us, especially after getting through COVID and maybe not being able to afford another child. But now it feels like we’re being punished – and for doing the right thing and applying for permission.”

It’s the latest twist in the bitter pets-in-apartments saga that’s seen legal battles all the way to the NSW Court of Appeal between residents who want to keep dogs, cats and birds in their units, and buildings that want the freedom to prevent them.

A change in the state law in August made it illegal to unreasonably forbid the keeping of pets in strata buildings after the appeal decision last year in the case of Jo Cooper. She successfully pushed – in a four-and-a-half-year litigation – for the overturning of a blanket ban on pets at her Darlinghurst building, Horizon.

A later landmark judgment by the NSW Civil and Administrative Tribunal [NCAT], however, found that buildings still had the right to charge pet-owners as much as $300 to cover the ‘administration cost’ of applications.

But the notification that the 170-apartment Northview in Artarmon is now debating levying a hefty $2000 bond on all pet-owners at its next AGM in January, and news that other buildings are considering, or have introduced, such big fees, has outraged many animal-lovers.

A spokesman for Northview said he “is not inclined to accept [Nine’s] offer to talk about strata and pets.”

The NSW government has just published its review of strata law and says it has ‘become aware of some practices that may defeat the purpose of the reforms and produce unjust outcomes’.

It recommends its Department of Customer Service continues to monitor the operation of the new pet-friendly laws to ‘determine whether further legislative change is necessary’ to prevent such moves.

Meanwhile, another pet owner at Northview, Geoffrey Grasso, 56, who worked in human resources, said the proposed bond amounts to a prohibition on the keeping of an animal in an apartment “by stealth”.

“I’d like to see one scintilla of evidence that a dog has ever caused damage to the common property in our building,” he said. “It’s far more likely that someone’s child would cause damage. This is an absurd bond and it’s clearly designed to stop people having animals.“

Ms Dawson agrees. “This bond is punishing someone for just having a pet,” she said. “Most pet owners are responsible people and this is a move that isn’t right.”

As discussed in this week’s Flat Chat Wrap podcast, at the Owners Corporation Network’s ‘Strata Matters’ seminar last week, Fair Trading Consumer Building & Property Director Matt Whitton commented that it was hard to see grossly excessive pet application fees and bonds as anything other than an attempt to by-pass the law.

This story first appeared (with pictures of the Dawson family)  in the Sydney Morning Herald and Domain.

JimmyT and Sue Williams ask the big questions about the new strata minister … like, who is he? Plus the best and worst of Australia’s strata laws and what makes… 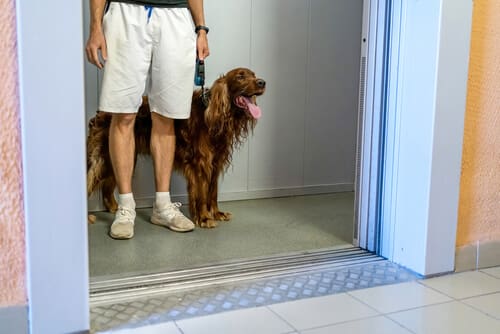 People who don’t care about pets in apartments shouldn’t switch off just yet, regardless of how bored you are with the whole issue. It has implications for everyone in apartments,… 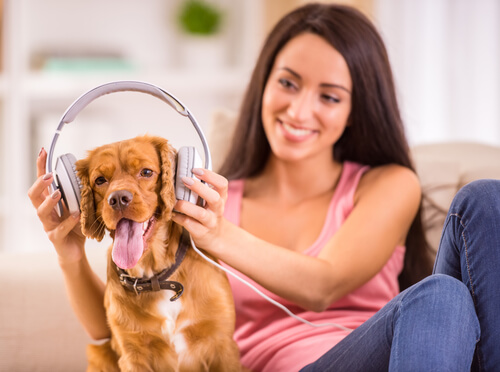 Loophole could let pets off the leash

Want to share your space with an animal in a pet-free building?  Just get your doctor to sign a letter saying you need it for “assistance”. That seems to be…